Kenosha Mayor, John Antaramian, is seeking both federal and state assistance for businesses damaged and destroyed during violent protests in Kenosha. Dozens of businesses were either burned, looted or damaged since protests broke out over the officer involved shooting of Jacob Blake.

Some news reports indicated that as many as 30 businesses were damaged across the city. Kenosha’s Uptown Business District appears to have sustained the most damage throughout the city with some businesses reporting more than $100,000 in losses.

Thankfully our local nonprofit organizations, such as Kenosha Downtown Inc. and other community members, have been lending a hand during the past several days. They have worked hard to clean up the city streets, removing graffiti, and helping to fix up what’s left. 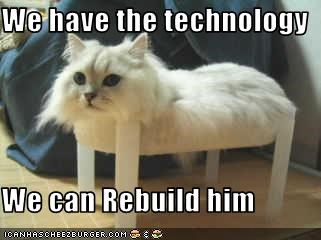 As a matter of fact Kenosha Downtown Inc. was able to board up most of the city’s business yesterday and is now waiting on approval from the fire department to expand their efforts further into the Uptown Business District.

But they will need more help. So, hopefully Federal and State funds will be given so Kenosha can continue to rebuild. The great city obviously has the people and the will to continue and everyone wants to see how #WeBounceBack in Kenosha!

Check out what’s happening to the US Postal Service and our poll question responses about Who is Better for the Economy: Trump or Biden?

Also, connect with us on social media to share your thoughts and opinions and remember to sign our pledge and vote this November.

What readers are saying

"The state is best shape it has been in years! Lower taxes, better tariffs for Americans."

Cover crops are the way of the future in the agriculture industry!

Read all Paycheck to Paycheck articles

A Vaccine for the Return to Normal Life

It has generally been understood that the development of a safe and effective vaccine will let us put 2020 behind us.

The State of the Second Stimulus Check

The state of the second stimulus check hangs in the balance as Senate Majority Leader Mitch McConnell adjourned the Senate Oct. 26 until Nov. 9

Farmers are looking to the future for hope, better prices and fewer sources of stress.

News, Humor, and your Paycheck’s Perspective on what’s happening. Make sense of it all here:

Keep an eye out for weekly email newsletter.